Check Out Our Premium Movers
Get a quote
May 20, 2020 Verified Movers Team Blog Moving statistics

When you find yourself in the middle of the moving chaos, it may seem to you that you are the only one who has to deal with this stress. But, you are not alone! Did you know that every year, more than 30 million Americans change their addresses due to different reasons? Yes, you have read it right. But where are all these people relocating and why do they do it so often? And, in an epic battle of East Coast vs West Coast, which one is a better option? Worry not, we, at Verified Movers, will gladly answer all your questions! The only thing you will have to do is to sit back, relax, and keep reading our guide.

Getting Ready to Relocate? Rely on Moving Statistics to Find The Perfect Home

Have you just decided to move your household to another place? If that is the case, make sure to carefully plan where you are going to relocate before you put in charge some of the best long-distance moving companies. Every relocation is different and people move because of different reasons. In most cases, they do that because they want to provide their family with a better lifestyle or because they got an interesting job offer. Whichever your reasons for relocation are, we strongly suggest you get informed about lifestyles on the East Coast vs West Coast. Doing this will help you find a place that will be perfect for you and your entire family.

Things to Consider When Deciding Where to Relocate

If you are not sure whether you should relocate to East Coast or West Coast, you are in the right place. We are going to tell you a bit more about these two options. But be careful! You can’t just hire a cross country moving companies Oregon and relocate wherever and without taking some things into consideration. Whether you need to move a home or a household, this process needs to be taken seriously. This is why you will have to consider these things before choosing where you are going to move to this year.

East Coast vs West Coast – How Do These Two Differ?

To help you decide between moving to East Coast and West Coast we have written about the upsides and downsides of living the states that are located on both of these coasts. Go through them carefully, and you will know whether you should hire cross country moving companies Rhode Island and relocate to the East Coast, or maybe it would be better to move to the West Coast with the help of other moving companies. 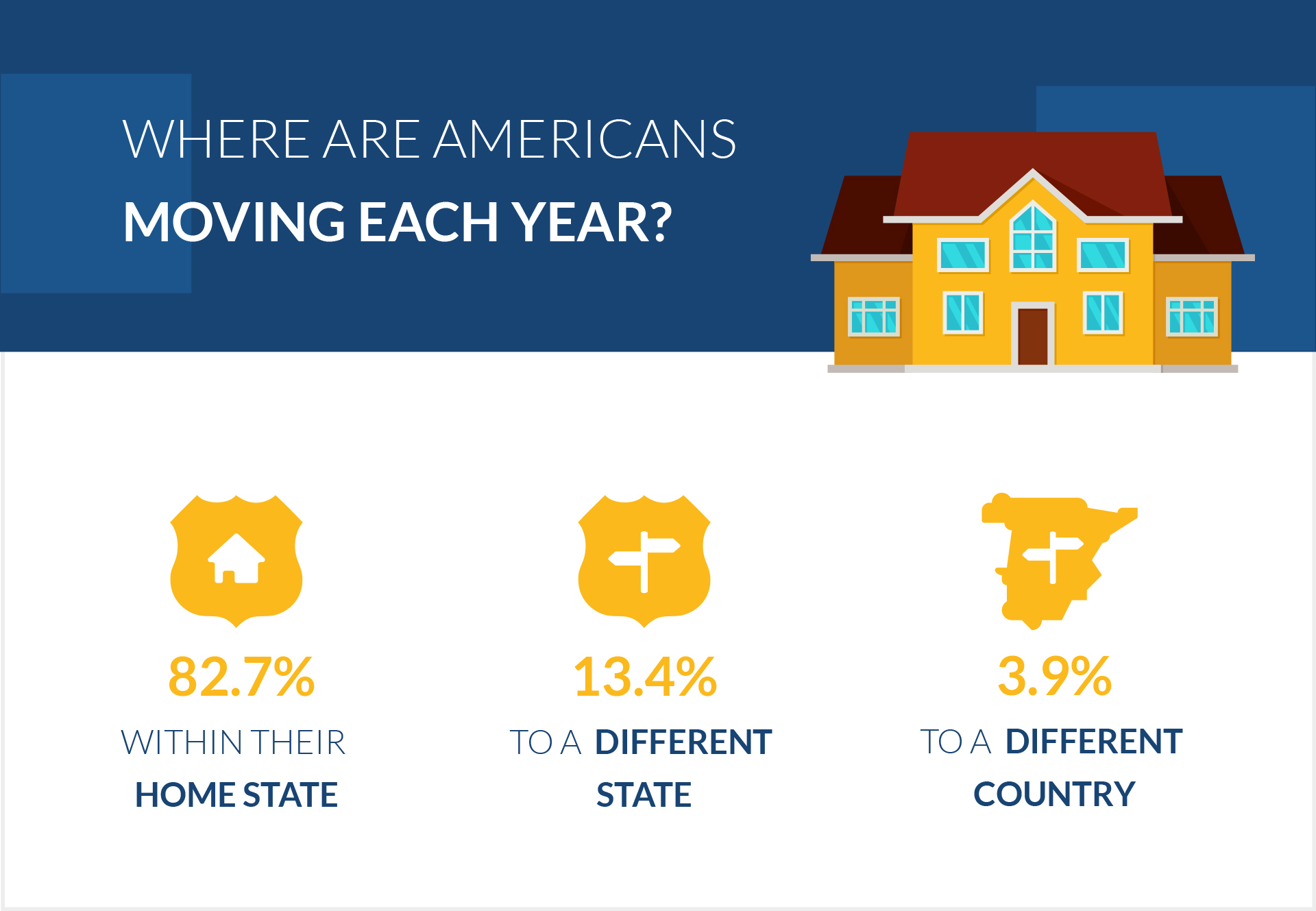 One more thing we want to point out before you start reading about the pros and cons of living on the East and West Coasts. Keep in mind that no matter how great one place is, there will always be some downsides to living there. Also, people are different and have different needs. Thus, it doesn’t mean that you will be bothered by Florida’s heat as much as other people, and vice versa. In this case, you won’t have any problems with moving there with the help of long-distance moving companies Florida. Thus, go through the following list carefully and ask yourself whether the listed things are going to bother you or not.

The Pros and Cons of Living on The East Coast

If you have never been to the East Coast, prepare for a cultural shock. This might come as surprise to you, but the East Coast and West Coast are really very different. This is why it is so important to prepare mentally for moving from one coast to the other – you will come to terms with a long-distance move.

To avoid any unpleasant surprises, you need to get informed about the place where you will be moving. Let’s start with the East Coast! Here are the pros and cons of moving to and living on the East Coast.

Compared to the West Coast, cities on the East Coast are more compact. Take for example New York City! It is so well organized that you can take a subway from one part of the city and get to the other in just one hour! And, even if you don’t like living in a city of that size, you can simply move to New Jersey with the help of long-distance moving companies New Jersey. By doing this you will be away from the hectic crowd but still close enough to NYC’s most popular locations.

If you are into learning about different cultures you will love the East Coast. It attracts so many people from all around the world that can teach you about their customers and culture. Because of this diversity, many people choose to move to states that are located on the East Coast.

Are you a history lover? Or maybe your dream is to visit Europe someday? If both of these answers are yes, start checking out the cities on the East Coast! The architecture on the East Coast was mostly influenced by Europeans and will most definitely enjoy exploring it.

The thing that most people don’t like about the East Coast is its fast-paced lifestyle. People are always running from one place to the other and trying to cross out everything they have written on their checklists. This can sometimes be really overwhelming and tiresome. If you are a more relaxed type, you should really consider moving to another part of the USA instead of, for example, hiring long-distance moving companies New York and relocating to the Big Apple.

Another thing people don’t like about the East Coast is its weather. Some cities, such as NYC, have winters that are too harsh, while others have summers that are unbearably hot. If you aren’t used to these temperatures, make sure to prepare for them before moving to a different state.

The Pros and Cons of Living on The West Coast

So, we have found out what the upsides and downsides of moving to the states on the East Coast are. Now, let’s learn more about living on the West Coast. What do you think, which one will be better when comparing East Coast vs West Coast? Let’s find out!

Since we have already mentioned the fast-paced lifestyle as a downside of living in the states and cities on the East Coast, now we have to mention West Coast’s relaxed lifestyle. West Coast is all about relaxing, checking out beaches and enjoying sunny weather. Trust us, as soon as you set your foot in California, you will immediately want to contact long-distance moving companies California and relocate there!

There also other things worth mentioning about West Coast. Hollywood will be within hands reach! Even though NYC is known as the best party place, Hollywood also offers a lot. The parties are great and, if you are lucky enough, you might stumble upon your favorite actor!

Some studies have shown that, because of its relaxed lifestyle, people who live on the West Coast are healthier and happier. Their stress levels are lower and they always look for ways of making their lives even better. We are sure that another reason for their lower stress levels is that they can enjoy those beautiful sunsets into the ocean.

A laidback lifestyle isn’t everyone’s cup of joy. Sometimes you will have to take care of important things and people who aren’t rushing things will only slow you down. But, there are simple solutions to this problem so don’t worry if you aren’t used to chilling all the time.

The northern parts of the West Coast don’t have that much sunshine. So, if you are used to sunny weather, think again whether it would be a good idea moving with cross country moving companies Alaska to Alaska. Instead, opt for southern states.

Another thing you need to be aware of is that the West Coast is more expensive than the East Coast. This is why you need to plan your moving budget very carefully before deciding to relocate to this part of the US. Estimate moving costs and get informed about the living costs and you will know whether you will be able to afford to live in a state where you plan to relocate.

So, what do you think, East Coast vs West Coast – which one is a better option? If you are still not sure, don’t worry. We can all agree that it is a tie! Both East and West Coast can offer you and your family a lot. And, as we have already told you, there isn’t such thing as a place that doesn’t have any downsides. Thus, for some people, the right decision would be to hire cross country moving companies Virginia, and for others, the better option would be hiring long-distance moving companies Washington and relocating there.

You can take a look at the information from the American Moving and Storage Association, and you will see that both of these coasts are popular among people who want to change addresses of their homes and companies. This is why you should do your homework and try to learn as much as you can about the state and city where you plan to relocate. Only by doing this, you will know whether that place will be the right one for you and your family.

Whether You are Going to Relocate to The East or West Coast, Verified Movers Will Be There to Help You

As you can see, people have different opinions on East Coast vs West Coast. What is important is that both of these options can be an amazing opportunity for you to start a new chapter in your life. So, choose your new home carefully! And, when you make up your mind, feel free to get in touch with us! We can help you prepare for the upcoming move and, more importantly, we can help you find a moving company that will suit your needs the most.

Rely on Verified Movers and you will move from one place to the other hassle-free!